The earth's timer has run out.
Now it's your turn to deal the final fatal blow.
Bring the hazard to earth an don't let angry angels stop you.

First, you bring terrorism and war to the world.

Finally you top it all with a virus.

The earth's timer has run out. Now it's your turn to deal the final fatal blow.
Bring the hazard to earth an don't let angry angels stop you. While doing so, enjoy the music which is synced to the leveldesign.
Master the three levels to succeed!

Controls for Android
~ Version in development ~

There are currently a few known issues with the build.

1. you can only dash every 3 seconds. While this is intended, the indication (glowing of the character while the dash is charging) is missing, so it could be a bit confusing on when you can and when you can´t use the dash ability.

2. if you are riding a ring oder a cloud, do not dash! It will launch you into the deathzone.

3. DemonTripV2.zip is a enhanced version, finished on Tuesday. In this version Nr. 1 is not an issue, because the dash cooldown is now visible. There are also other minor fixes so its recommended to play the V2-version since it is overall the same game.

4. The soundeffects are currently placeholders.

The game was made by three students as part of the Mini-Beans-Jam 2020:

Definitly a tough game but I really like the idea and the cute graphic style! :)

nice work. Simple, but damn difficult. I really enjoyed it! I would love to have a highscore list in order to improve myself over the time and stay tuned. Great sounds, beautiful assets and chilling atmo. I would also love to see some improvements with the dash move. It's always amazing to see what people achieve in only 24 hours! Well done.

Keep up your great work and we are - of course - going to play your other updates and projects.

A very simple, yet super fun and charming game. It is definitely challenging - unfortunately, I'm not good enough to survive the asteroid part, but I'm doing my best to make it to the end! Love the music btw

In terms of feedback: It would be great if you could add a "Back to Menu" button in the Game Over Screen, or at least give the player a chance to have a look at the controls. It was also not entirely clear if the dash was active again or not and how far I could dash.

Still, I really enjoyed the game. Keep up the great work! I look forward to future updates and / or other projects! (:

Thanks alot for your kind feedback, even though we are already aware of all the mentioned issues. You still can only play the GameJam Dev-Build but we are currently working on a new version, considering all the mentioned things above. The dash is visible trough a pulsating animation of the character, but you are not the only one(s) to not understand that so we should change the dash-animation as well. Thank you once again, I´ll let you know when the new build is ready :) 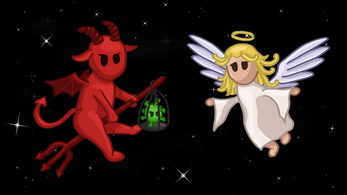 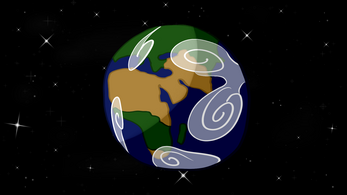 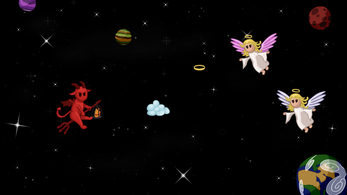